If you have spotted a team of workers tending to the nature strips, parks and community green spaces around the Huntlee township then you might have seen Rakoia. 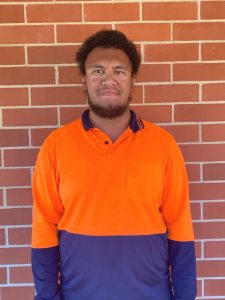 As part of the Parks & Gardens crew, Rakoia is often mowing, line trimming, weeding or collecting rubbish to keep our green spaces looking their best.

Employed for over four months now, Rakoia came to Huntlee Academy directly from school. He is being trained in grounds maintenance, how to operate various machinery such as our state of the art zero-turn mowers (which he thinks are great fun!), as well as working in a team on a variety of jobs where each day is never the same as the next.

Down the road he hopes to forge a career in landscaping building on the practical skills and training Huntlee Academy offers.

As for the best part of his current job, Rakoia says “I love being outdoors and learning from others. I encourage people to give the Academy a go, it would suit all sorts of people”.