Geoff has been employed by Huntlee Academy for 2.5 years and part of the fencing crew for a year and a half. 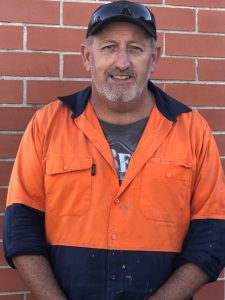 A regular day might see Geoff and his 6 fencing colleagues work on boundary fencing for new homes around the Huntlee township, erect lot fencing, pool fencing, build retaining walls, and put up rural fencing for property owners within the district.

When asked what he likes about his role Geoff said:

“After 18 years working underground, I like being outdoors, seeing the sky and the physical work keeps me active”.

A perfectionist, Geoff likes doing a good job on every project and enjoys being part of the fencing crew which he calls ‘a good team’.

To learn more about our fencing services click here.